Tri-force is a Brazilian jiu-jitsu academy established in 2004 by Mitsuyoshi Hayakawa, a leading figure in the Japan’s jiu-jitsu world. Tri-force is an abbreviation of “triangle”, Force meaning “inner power”. The three vertices of the triangle represent the “spirit, technique and the physical”. These vertices are indispensable for learning martial arts, and includes the meaning of “try (is nearly equal to challenge)” at the same time. Tri-force is a place to cultivate “the power to challenge” through jiu-jitsu. That philosophy is a great challenge for us all.

The Tri-force has networks both in Japan and overseas. Tri-force is an authorized as a member of the International Brazilian jiu-jitsu federation (IBJJF) and as such can participate in all competitions under its jurisdiction. 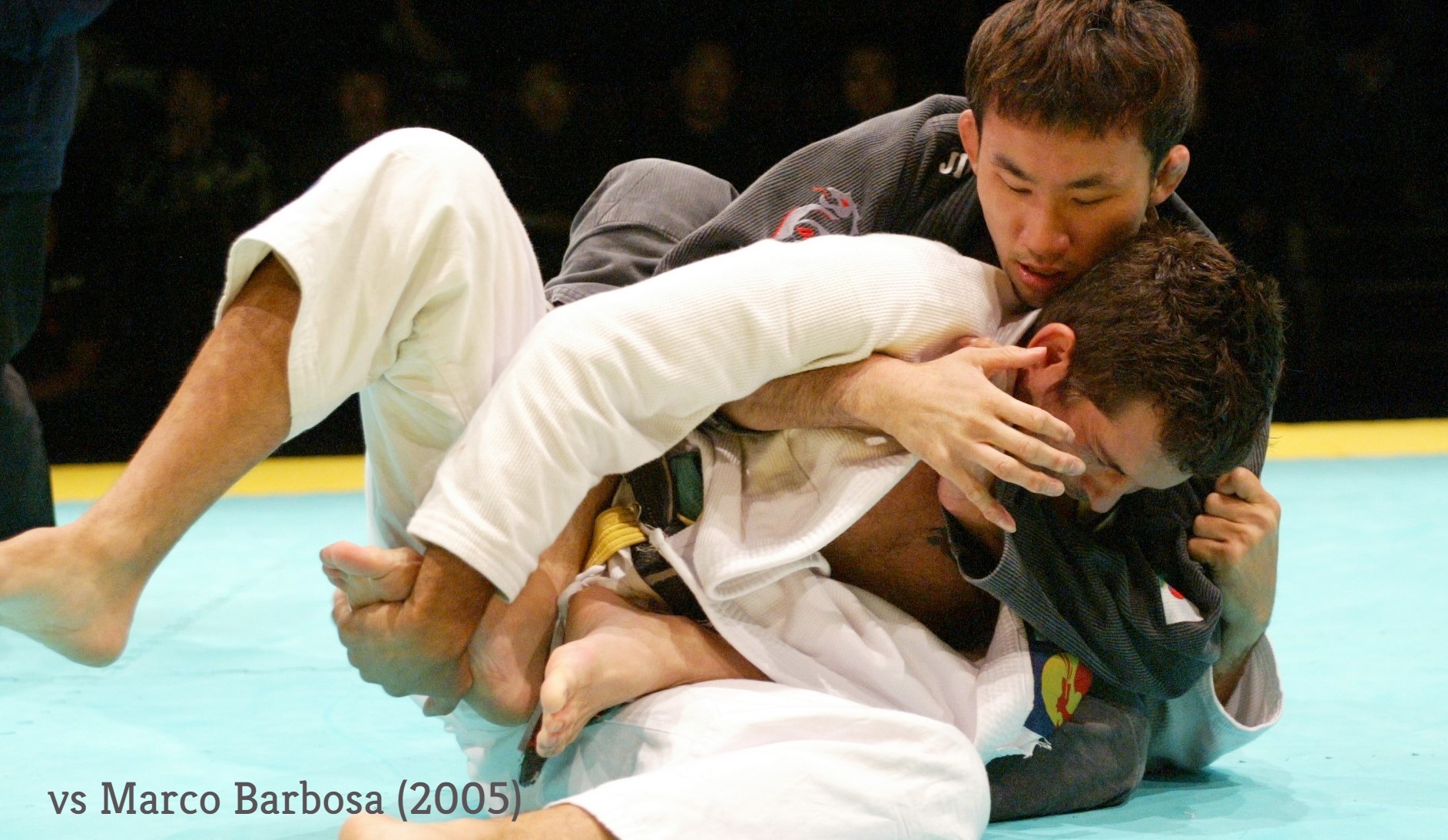 Mitsuyoshi Hayakawa began training Brazilian jiu-jitsu at Seido Kaikan which established the first jiu-jitsu class in Japan in 1996. He started training jiu-jitsu at the age of 20 despite having no experience in fitness, martial arts or any other sports. However, his talent quickly bloomed. With this talent his career as a competitor was particularly strong, him quickly becoming without an equal in Japan. In the jiu-jitsu world his fighting style became referred to as the, ‘techniques toy box’, with him being able to draw on technique as he pleased.

After 2000 Hayakawa turned his focus to international competition, achieving good results at multiple competitions. At this time he decided to join the prestigious jiu-jitsu academy Alliance, staying there for an extended period of time. Whilst training with team Alliance he won the Brazilian Rio de Janeiro State Cup in 2002. With that win he was awarded his black belt from Alliance’s master Alexandre Paiva, the first Japanese fighter to do so.

Once a black belt he entered the All Japan open tournament in 2002 where he matched up against Yuki Nakai who was already a legend in jiu-jitsu circles thanks to his match up against Rickson Gracie. In winning this fight Hayakawa became regarded as the premier fighter in Japan. In 2004 he established the Tri-force jiu-jitsu academy whilst at the same time competing against the top 8 black belt fighters at that year’s IBJJF world championship.

Whilst also being jiu-jitsu competitor, Mitsuyoshi Hayakawa has also been accredited with a number of achievements as a leader in the jiu-jitsu field. He is a regular trainer of multiple fighters who compete at the highest level. Furthermore, he conducts seminars across the globe. Added to this he is also a high level practitioner of self defense and is one of the few professors who are able to teach it in Japan.

Since 2007 he has served as the head and executive director of the Japan Brazilian jiu-jitsu federation(JBJJF), responsible for the foundation of the organization in Japan. Added to this he was also head of it’s referees. He is currently focused on the development of the Tri-force jiu-jitsu brand and the development of it’s athletes. 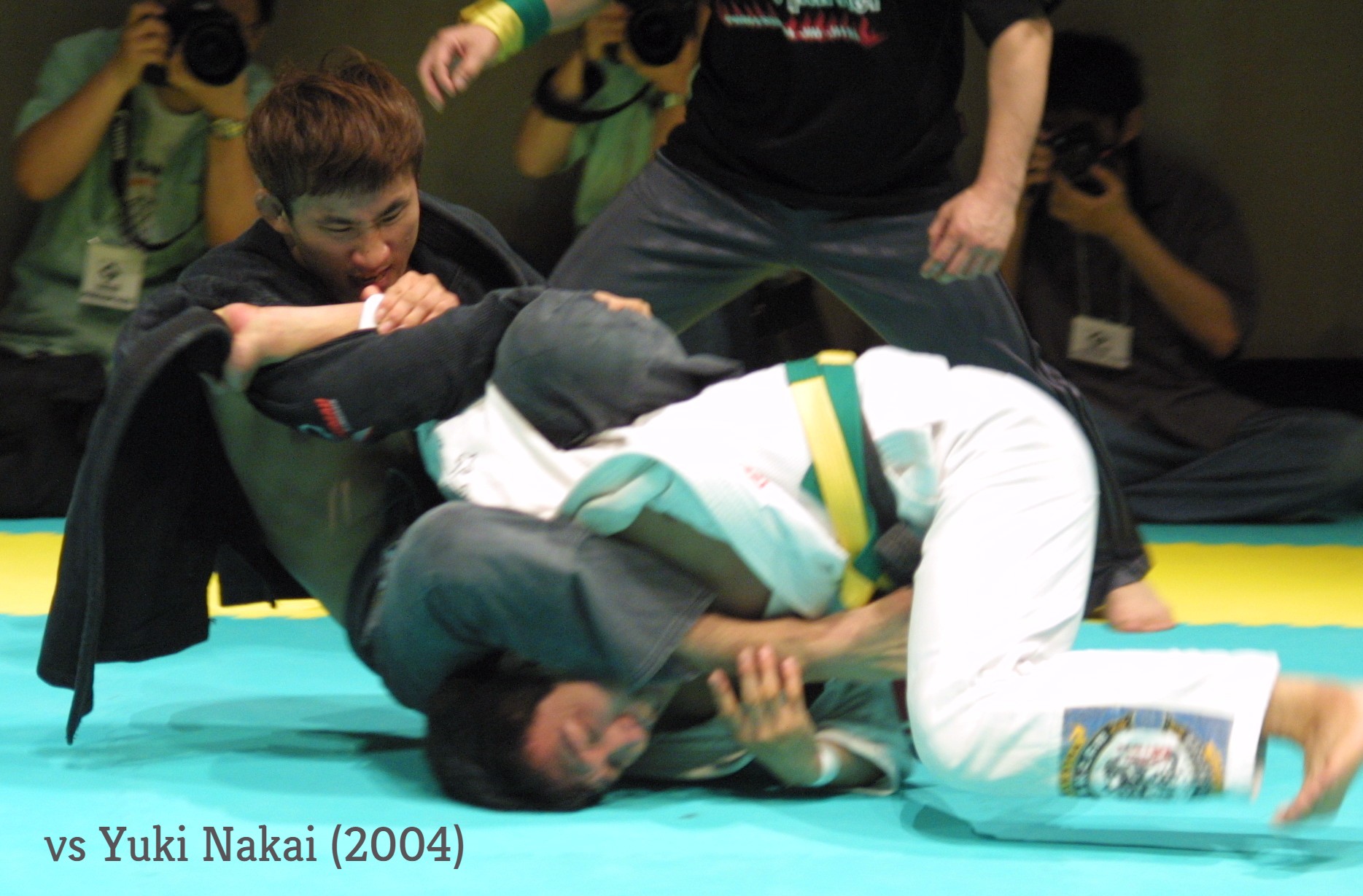 Become a member of Tri-force

It’s easy and convenient to apply online! As a benefit, 10% off the enrollment fee.

You can also apply for the membership at the academy. Fill the membership form and pay the enrollment fee by cash or credit card there. Then subscribe the monthly membership fee via PayPal according to our guidance.

If you’d like to take a few days training as a visitor, send the form and pay your training fee via PayPal by the contact form below. Please show the receipt at the door.

Interested people may join a trial lesson at Tri-force. Trial fee is 1,000 yen include rental gi (the jiu-jitsu uniform) and towel. We have change rooms and shower facilities. This service is limited to the residents in Japan. Please make sure to bring your residence ID.