At Tri-force jiu-jitsu academy, belt accreditation depends on the improvement level of the individual. In order to receive a belt at a corresponding level; three factors are taken into account, those being experience, ability and technical skill. These three factors are taken into consideration when we evaluate; and all members are evaluated equally under this system.

For experience, the number of days spent practicing is considered. Every belt level has a specified completion period. The practice days and the completion period of each belt level are divided into four phases, and stripes (class) are awarded each time each phase is cleared. The number of stripes indicates how much training an individual has undertaken.

The ability can be measured through sparring or by their performance in competition. At Tri-force, Jiu-jitsu is taught on the premise of competition rules. With that in mind, when considering a belt promotion an assessment is made on whether the candidate could demonstrate their ability at competition (regardless of whether the individual actually competes or not). When assessing the ability of a candidate their age and weight are also taken into account.

Technical skills are evaluated based on the completion and mastery of techniques in everyday classes. Based on the official Tri-force curriculum, which consists of Basic, Advanced, and Master, each member will be assessed on their technical progress and the challenges they face.

The white belt is the first belt that an individual wears when they begin. For children under the age of 15 the belt color changes from those adults over the age of 16 however in either case the starting point is as a white belt.

Each belt has four levels represented by stripes, beginning from one to four stripes. Stripes are awarded at the meeting of the necessary number of days spent training. The below is a guide to how much practice is typically acquired throughout the training career of an individual.

Requirements to achieve blue belt
– Practice days: 100 days or more
– Period of completion: None in particular

The first step in Brazilian jiu-jitsu is the acquisition of a blue belt. Once acquired, full scale training can begin. The period from blue belt to purple belt is often the longest (with the exception of the black belt), the blue belt often being the belt an individual will wear for the longest time gaining many experiences.

The purple belt is a level that can be regarded as a definitive achievement in the world of Brazilian jiu-jitsu. It is a proof that an individual has finished long-term study as a Blue belt. The purple belt is a belt that should generally be acquired within 3 to 5 years.

The brown belt is a belt that can be considered expert level in jiu-jitsu. Brown belt individuals should master the leglocks and also be able to perform both with Gi and NO-GI. A brown belt can usually be achieved after 5 to 7 years of training.

The black belt is the highest ranked belt awarded to members as a certificate of completion at Tri-force Jiu-Jitsu Academy. The black belt is generally achieved after 8 to 10 years of training. 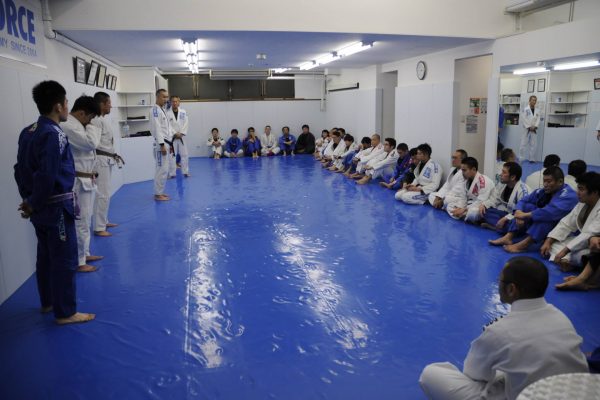 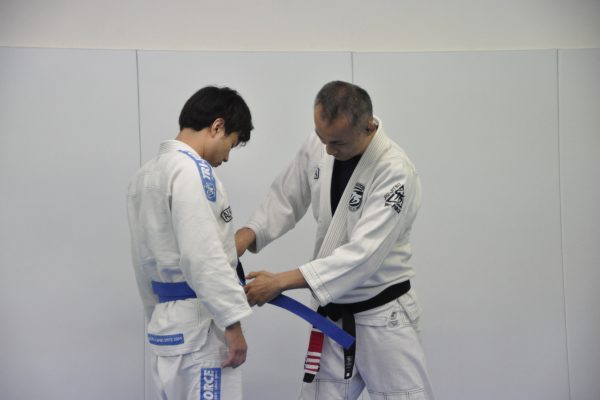 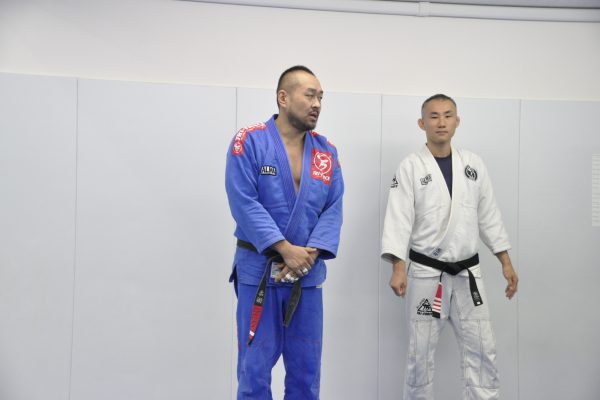 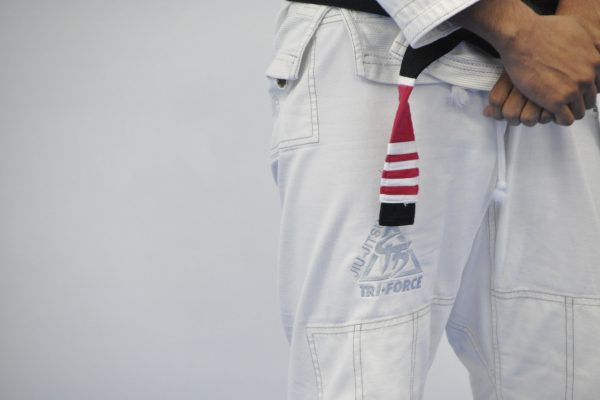 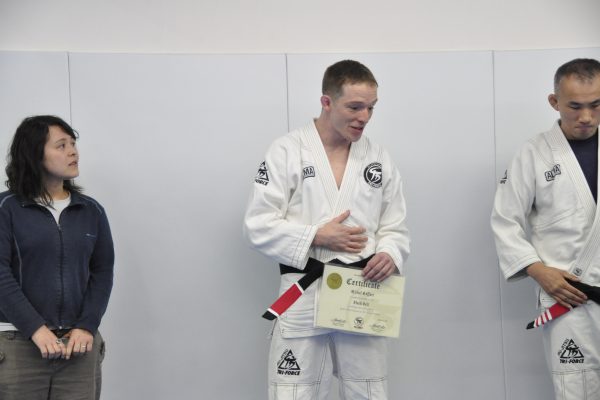 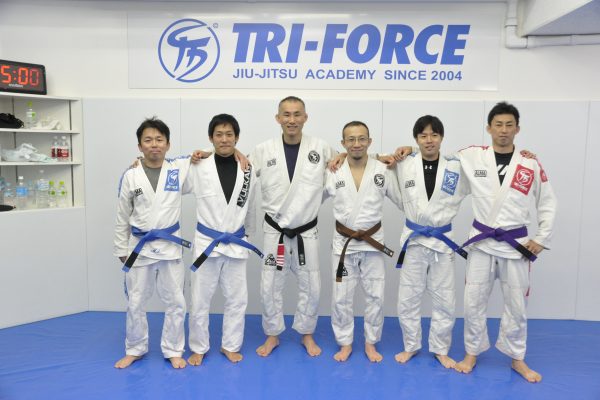 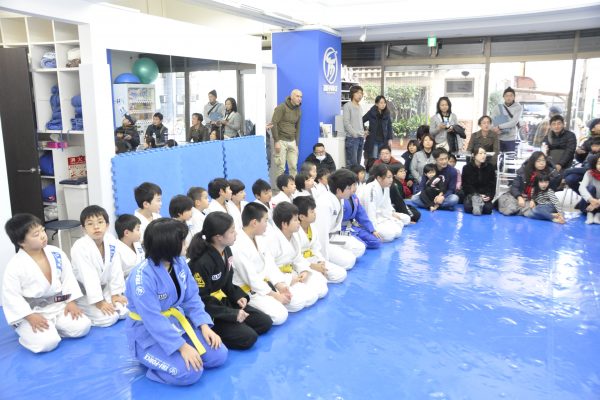 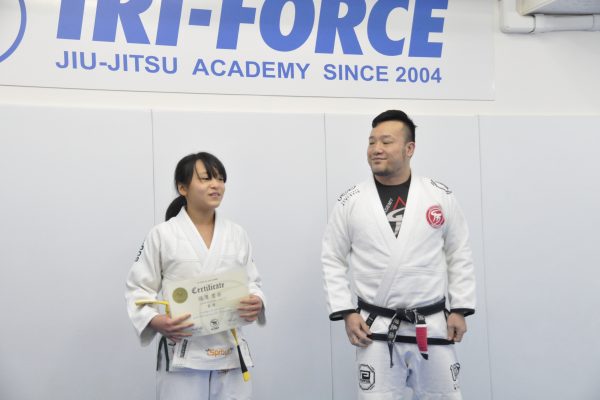 Members from the black belt can apply for their new degree according to the regulation below.

The 1st, 2nd and 3rd degree can be requested only after a minimum period of 3 years from the previous graduation.

The 4th, 5th and 6th degree can be requested only after a minimum period of 5 years from the previous graduation.

The 7th degree of red and black belt can be requested only after a period of 7 years from the previous graduation.

The 8th degree of red and white belt can be requested only after a period of 7 years from the previous graduation.

The 9th degree of red belt can only be applied after a minimum period of 10 years from the previous graduation.